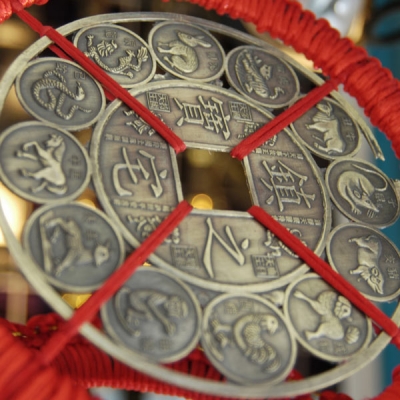 Ancient Chinese cosmology is based in Taoism; the idea that “all that is” comes from one source and is made up of and animated by that source, the Tao. Like acupuncture, Chinese Astrology is based in Taoism. Both use the same concepts of the balance of Yin Yang and the movement of life (Qi or Chi), the cycles of the Seasons and the interaction of the Five Elements or Phases. These concepts were further developed into areas of focus called the Five Chinese Arts.

All of these arts are considered equal and they all are dealing with the same concepts, simply applied in different areas. They all are concerned with the idea of living in harmony with the Tao and living out what the Chinese refer to as “your curriculum”. What in the West we might call “being all you were meant to be”. In addition, they weave together in certain ways. An example is in acupuncture there are some acupuncture points that have certain therapeutic effects only at certain times of the day or during certain seasons, (Horary and Antique points). The only accurate way to determine the times when these points are active is by the use of Chinese astrology. Your birth chart shows a relationship between each of the five elements and yin yang. When you were born, you entered a moment in time that had certain characteristics of the movement of qi, of the balance and interaction of yin yang and of the building and controlling of the five elements. This moment is imprinted in both your psychology and your biology and you carry the impact of this moment for your entire life. It is a descriptive representation of your “curriculum”.